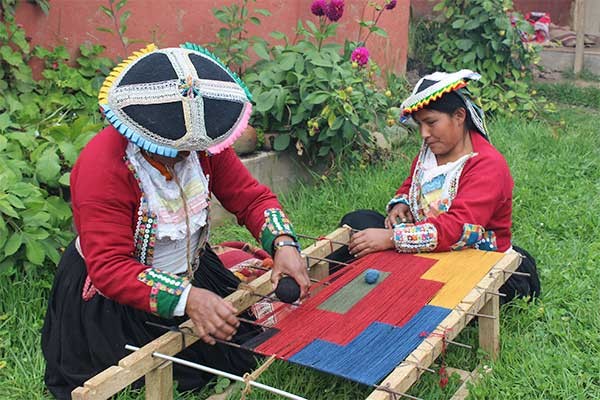 Pitumarca is located at 3570 meters (11,712 ft) above sea level and 105 km (65 miles), or about a two-hour drive, south of the city of Cusco just a short way up a dirt road from the main highway Checacupe that continues on to Puno on Lake Titicaca. Pitumarca itself is a larger town and the capital of its district, it includes many outlying communities that are hidden far up in the mountains where the colder climate permits people to care for large herds of alpaca and llama. Some families may have up to 1,000 animals or more and depend on them for survival, as alpaca provide both meat as well as soft fiber for warm clothing. The district of Pitumarca is also well known for the Machu Pitumarca archaeological site, a ruin from the Wari culture. In more recent years, Pitumarca also gained fame for the new tourist attraction of Vinicunca or the Rainbow Mountain. This hillside dazzles visitors with its stripes of naturally occurring colors that are the result of a number of different minerals in the soil.

Besides the natural and ancients wonders of Pitumarca, the district is most famous for its textiles, which are considered the finest and most complex in the Cusco region. It is with good reason that Pitumarca is known as the Textile Capital of the Andes. Much of the work to revive and continue the stunning textiles of Pitumarca is owed to the Munay Ticlla Weaving Association, whose weavers partnered with the CTTC in 1997. Many of the weavers in this association come from the smaller communities high in the mountains above Pitumarca. Approximately 40 adult weavers and 25 children and adolescents travel in to Pitumarca’s weaving center once a week to weave, knit, and braid using techniques that are thousands of years old and can be traced directly back to pre-Columbian cultures. The weavers of Pitumarca take great pride in their textile heritage and the hard work they have invested to revive complex pre-Columbian techniques that were almost lost.

The weavers of Pitumarca are perhaps best known, both nationally and internationally, for their revival of Ticlla, or discontinuous warp and weft. In this pre-Columbian technique, weavers can change the color of their warp thread anywhere they desire by inserting sticks into their warp. This technique was used by a number of ancient cultures but was particularly important to the Paracas and Nazsca. It is a weaving technique that was never used by any other culture in the world outside of pre-Columbian Andean societies. For years, scholars thought that the weaving knowledge behind the ticlla had been lost. When the CTTC partnered with the Munay Ticlla Association and began working with the elders of the community to recover textile traditions, a few grandmothers and grandfathers revealed that they knew how to weave ticlla. Since then, they have taught what they know to younger generations who have now mastered this highly complex technique. Today, Pitumarca textiles are a testament to the power of family and community, stunning examples of how unique textile traditions have been passed down for thousands of generations from pre-Incan cultures.

Ticlla, however, is not the only unique and historic technique that Pitumarca weavers use in their textiles. The list is long, but weavers from this district also are masters of: complementary warp faced weave, supplementary warp faced weave, the amapolas technique, the palmay ramos technique, designs in four colors (the Inka are said to have woven designs with up to seven colors), and many more. Besides their impressive weaving tradition, the people of Pitumarca also knit chullo (hats) with hand-spun yarn from their alpacas, while they braid waraca (slings) from the yarn they produce from their llamas.

If you are wondering why Pitumarca weavers are so exceptionally gifted, this tale may provide an answer. It is well known that the Inka established and regulated huge textile production centers throughout their empire, the most elevated of which were the Acllawasi, or House of Chosen Women. Here, the most beautiful young girls were sent to dedicate their lives to producing some of the finest textiles of the empire. According to the story, one young princess fell in love with a guard and they decided to escape together. As the women of the acllawasi were also the wives of the Inka, the two young lovers fled south, terrified of the repercussions that their forbidden love could bring. The young couple settled in Pitumarca where the princess, a highly-skilled weaving master, taught her knowledge to the local people. Beautiful as this tale is, history points us in another direction. As mentioned earlier, Pitumarca is home to the ruins of Machu Pitumarca, an ancient outpost of the Wari culture, a civilization that was eventually conquered by the Inca. The Wari are well known for their stunning textiles that  were directly influenced by the Paracas and Nasca. These two societies, which were located on the coast of southern Peru, were the first to invent the ticlla technique as well as many other complex textile traditions that eventually found their way in the high Andes, into the hands of the weavers of Pitumarca. 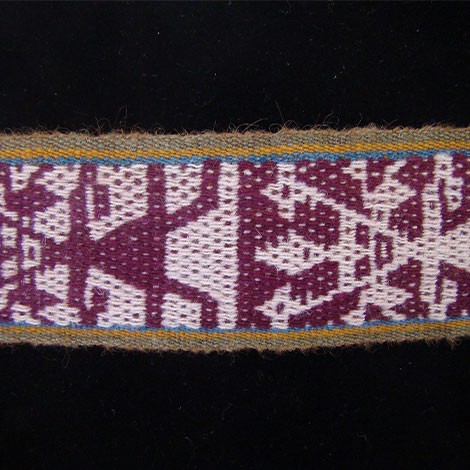 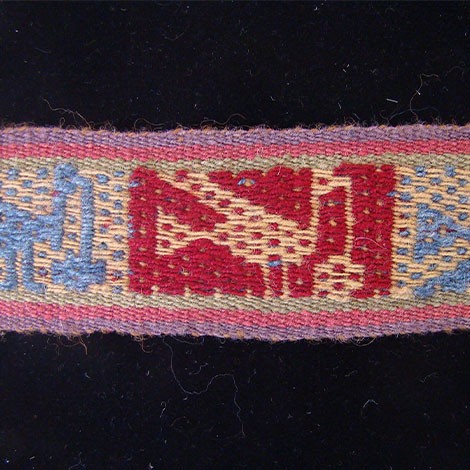 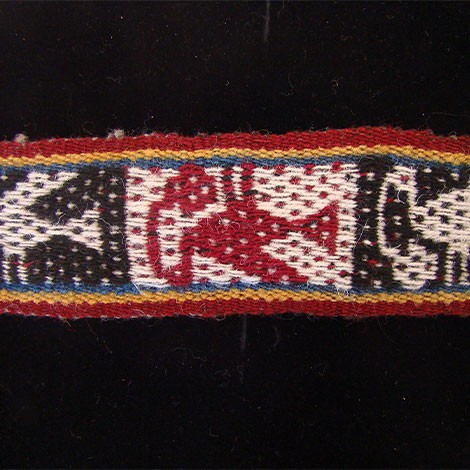 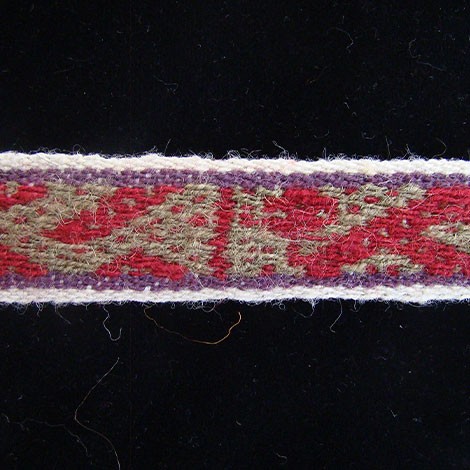 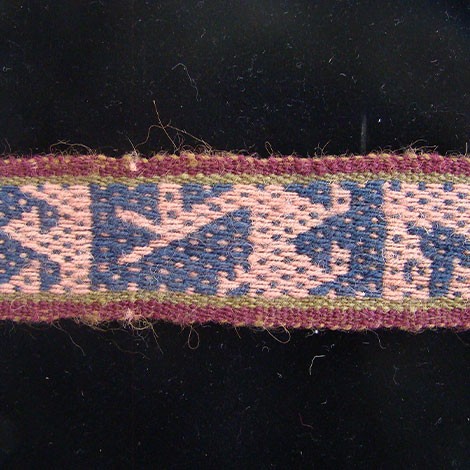 “At home I don’t have time to spin, but when I go heard my sheep or take trips to other communities, I frequently end up with a lot of yarn to weave.”

“During the year there are ceremonies called Uywa Chuyay, during which animals are venerated. The ceremony for cows is in August; for burros, at Saint Ramon at the end of August; of alpaca…during Carnival…For this ceremony we prepare Phiri (a type of corn flour mixed with sugar water flavored with chamomile or cinnamon), that during the ceremony is eaten on top of weavings without spilling any on the ground because that would bring bad luck. If one wants grey-colored fiber, one must prepare the Phiri out of corn of this same color; if one wants white fiber, the Phiri must be prepared from white corn.” 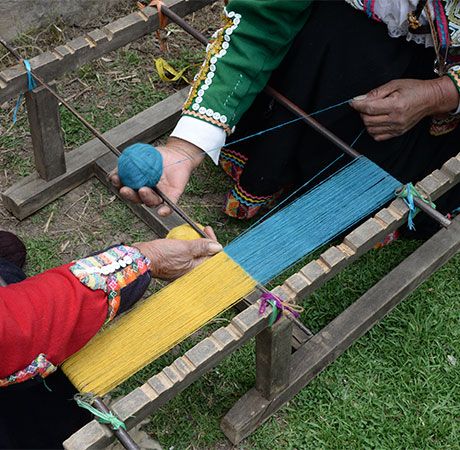 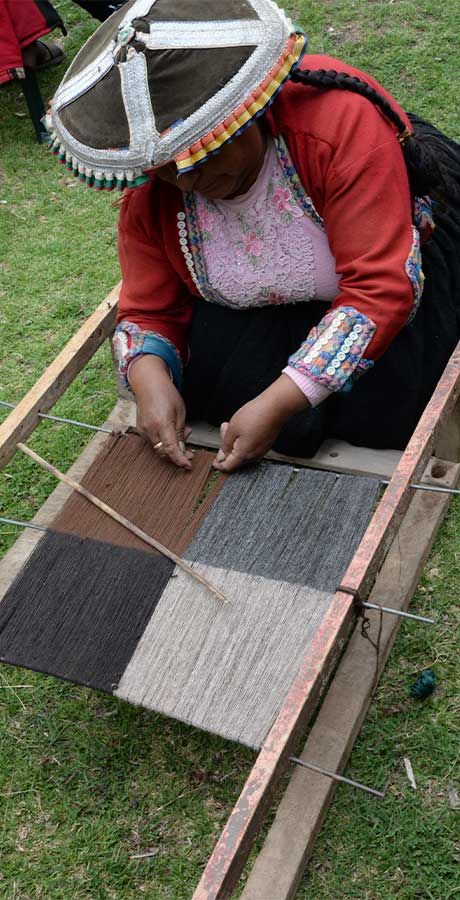 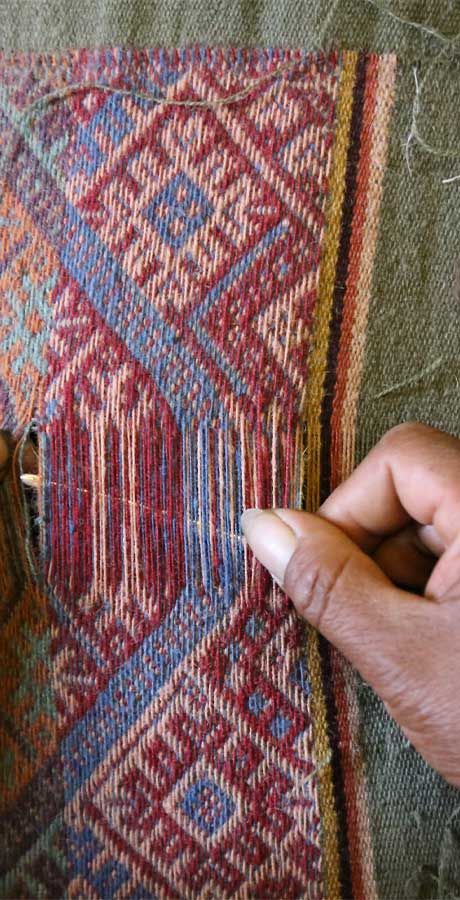 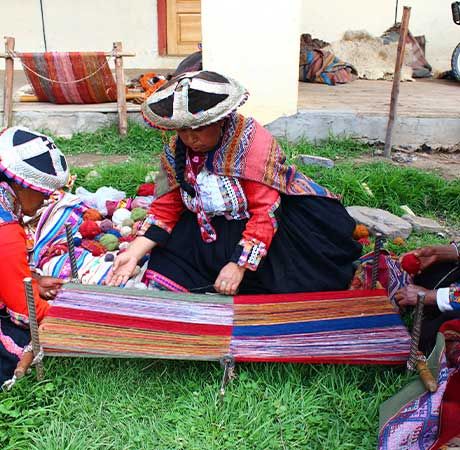 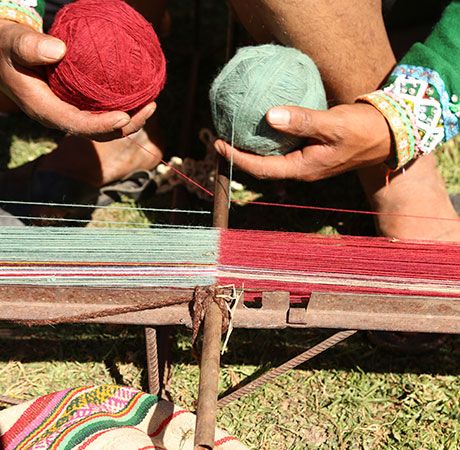 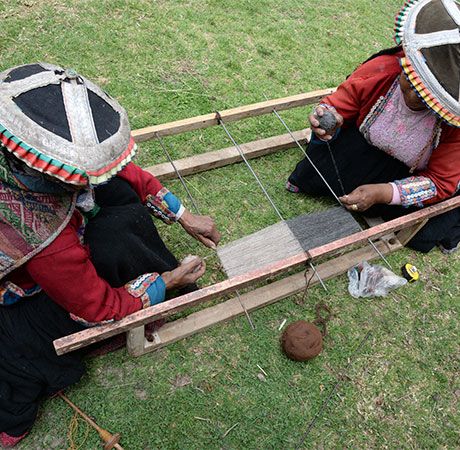 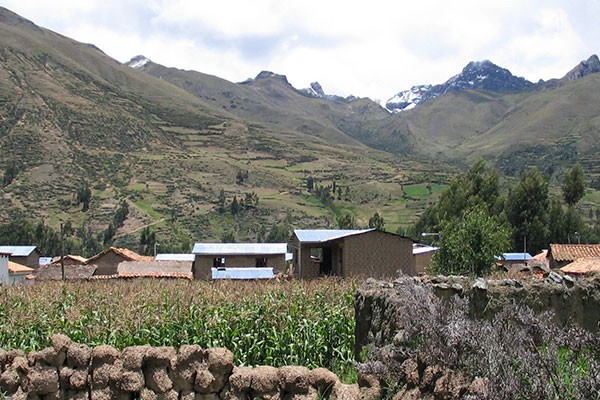 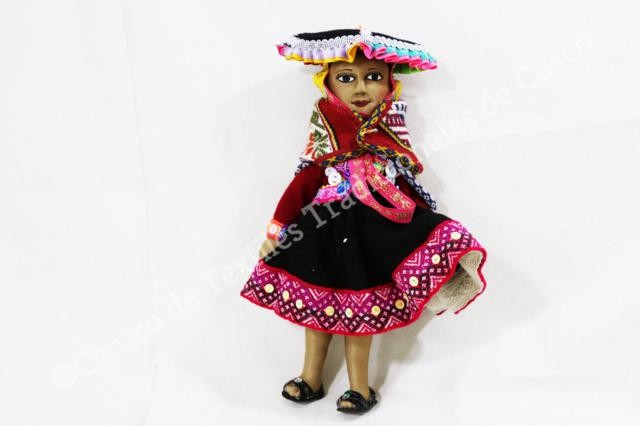 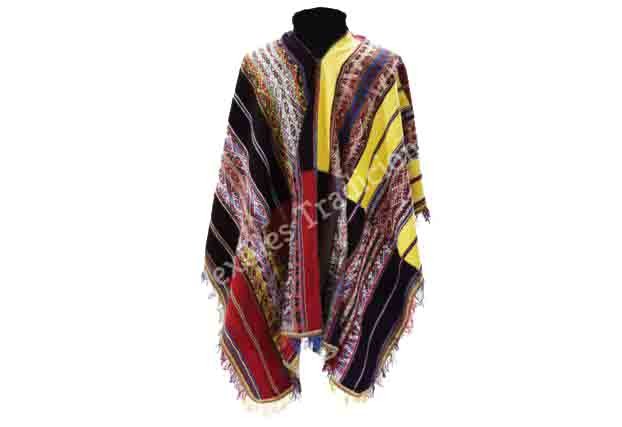 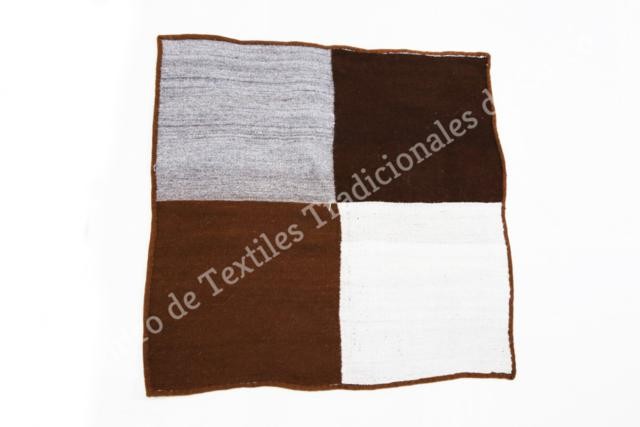 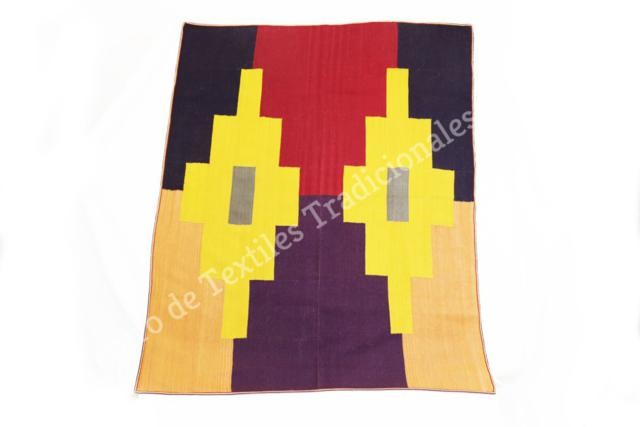 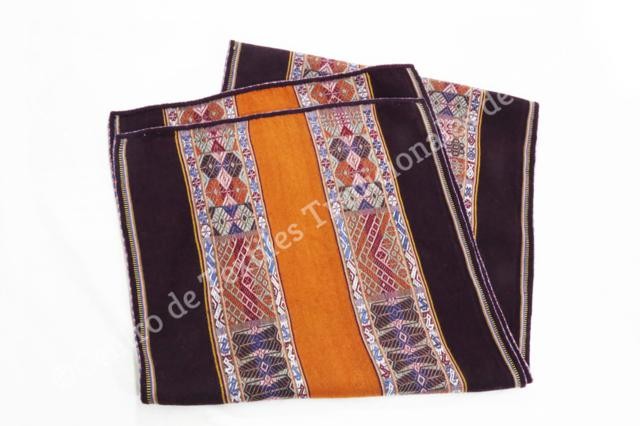 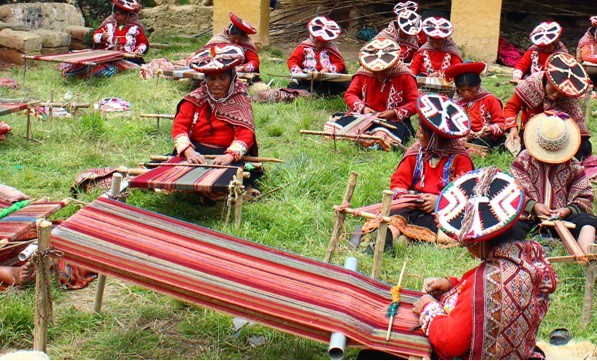 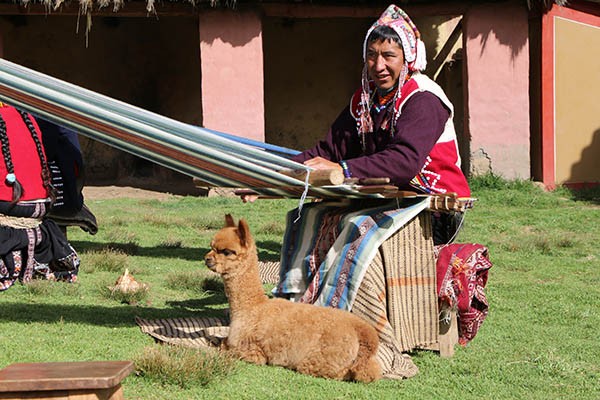 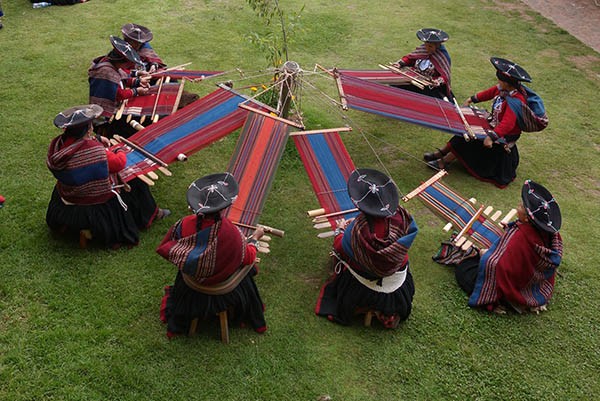 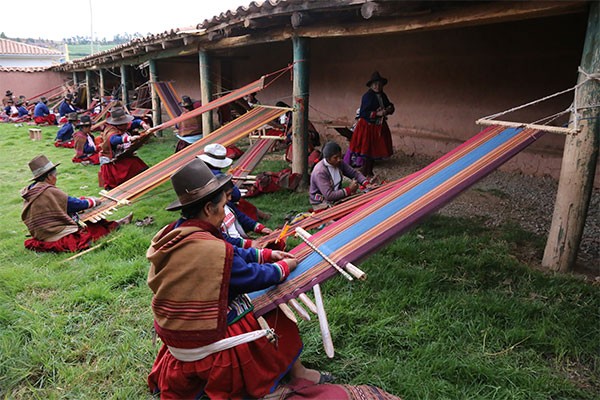 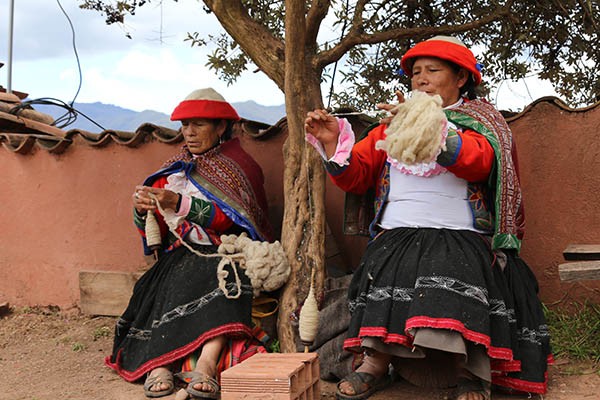 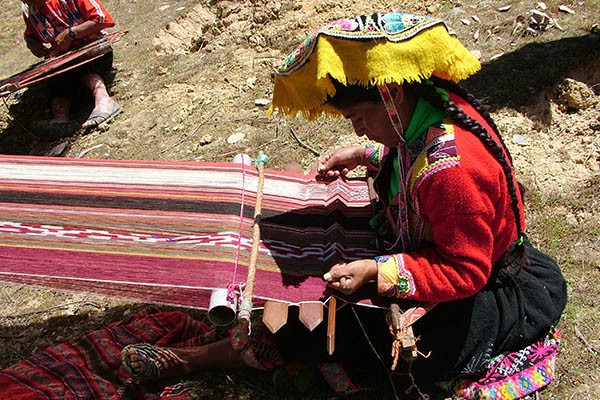 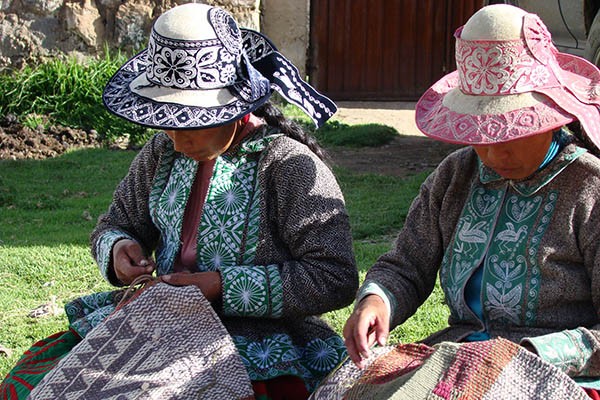 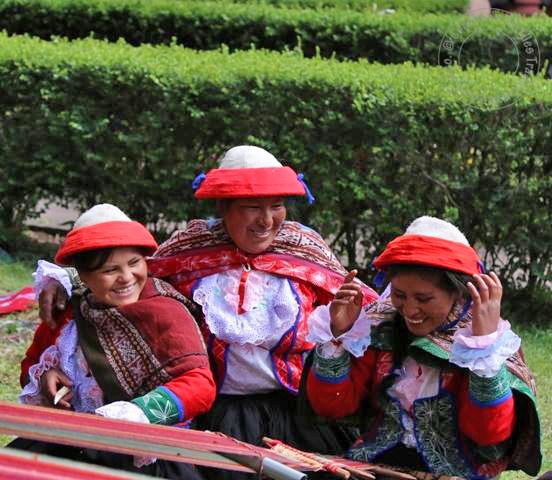